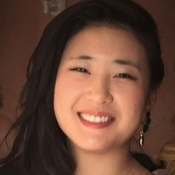 Yoonmee A. Cho is a Housing Attorney in the Legal Advocacy Department of Lenox Hill Neighborhood House, where she provides free legal services to low-income individuals and families facing eviction from their homes. Prior to Lenox Hill Neighborhood House, she litigated child welfare proceedings. Before going to law school, Yoonmee worked at a nonprofit civil rights law firm matching nonprofit organizations with pro bono attorneys from private law firms, she also worked in marketing at an insurance company and taught English for a year in Thailand. Yoonmee received her B.A. in Politics from Princeton University and her J.D. from Fordham Law School. Yoonmee enjoys cooking and hosting her family and friends. 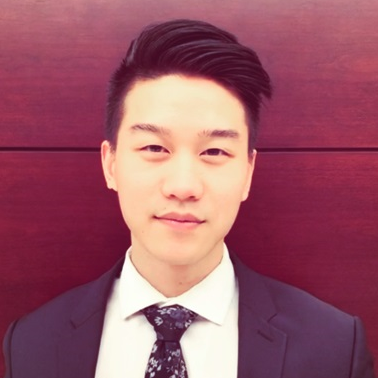 Daniel Chi is a Registered Associate at Morgan Stanley Wealth Management, working with a team to provide Financial Planning and Investment Management services to families and business owners. He is currently licensed as a General Securities Representative and as an Investment Advisor Representative. Prior to joining Morgan Stanley, Daniel built out a network as a recruiter in the systematic trading space while sourcing talent for quant hedge funds and investment banks. Daniel received his B.Sc in Finance from Lehigh University, where he served on the executive board of the Chi Phi Fraternity. Away from the office, Daniel is a self-taught musician, who was previously a band leader at his local Korean church. He also enjoys downhill skiing, board games, and experimenting in the kitchen. 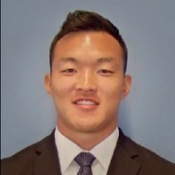 Matt Cho is currently an Analyst at Goldman Sachs within the Urban Investment Group - a domestic, multi-asset class investing business seeking to drive “double bottom line” results by deploying the firm’s capital in underserved communities across the United States, generating both financial return and social impact. Prior to this role, Matt worked within the Risk Division at Goldman Sachs, covering the Investment Banking and Consumer Banking (Marcus) businesses. Matt received a BBA in Finance from the College of William and Mary with a minor in Mathematics and is also part of the 2019 KACF Community Grants Committee. In his free time, Matt enjoys playing in recreational sport leagues, fantasy football and basketball, Fortnite, and 9man Volleyball for NACIVT. 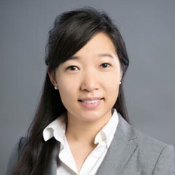 Sarah Choi is legal counsel at New York Life Insurance Company, where her practice focuses on matters affecting the taxation of the company and its subsidiaries, including federal, state and local, transactional, and product tax issues. Prior to joining New York Life, Sarah was at Prudential Financial where she was a member of the Tax Department. Sarah serves on the leadership team of the Asian Network Group at New York Life, and is a member of the American Bar Association and the Korean American Lawyers Association of Greater New York. She received her LL.M. in Taxation from New York University School of Law, J.D. from Washington & Lee University School of Law, and B.A. from University of Maryland, College Park. 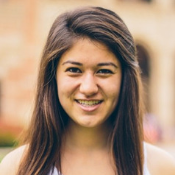 Jenny is a consultant with Deloitte Consulting and focuses on serving financial institutions. She received a B.A. in Economics from the University of California, Los Angeles. Jenny enjoys traveling and spending time with family and friends. 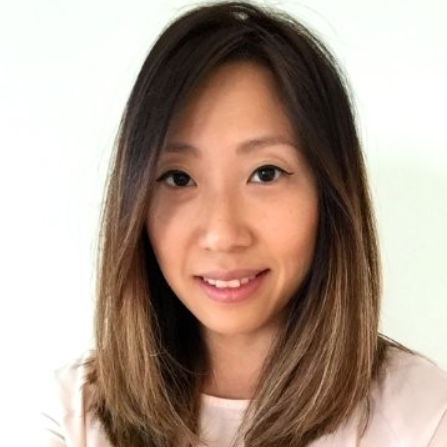 Lina Jung is a Research Program Director in the area of blood cancers at the Icahn School of Medicine at Mount Sinai. She oversees global research initiatives in innovative lab research and clinical trials to improve the lives of patients, which are funded by state, federal, industry and philanthropic grants. Prior to this role, she worked at academic institutions focusing in grants management and in R&D at a biotechnology company in Boston. She holds a Master of Science in Biochemistry and a Bachelor of Science in Biology from McGill University. Highlights of her volunteer experience includes traveling to Cambodia to provide a rural community with access to clean water and build an elementary school as well as serving as the Project Manager for a charity run, Gwatermala RunForH2O, that raised funds to bring access to clean water to a rural village in Guatemala. She enjoys reading in coffee shops, planning her next travel adventures and exploring the city one restaurant at a time. 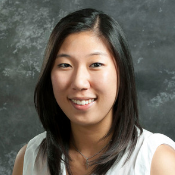 Jennifer Kang is a Marketing Manager for the Collaboration Technology Group at Cisco Systems, the worldwide leader in IT and networking. In her role, she manages collaboration marketing with Cisco’s channel partners and the Consultant Liaison Program. Prior to Cisco, she served as Marketing Director at DVTEL (now FLIR Systems), a manufacturer of video management systems and Marketing Specialist at Kratos Public Safety & Security, a physical security systems integrator. Jennifer holds a Bachelor of Arts degree in English and Government/Law from Lafayette College. She enjoys traveling and watching hockey. 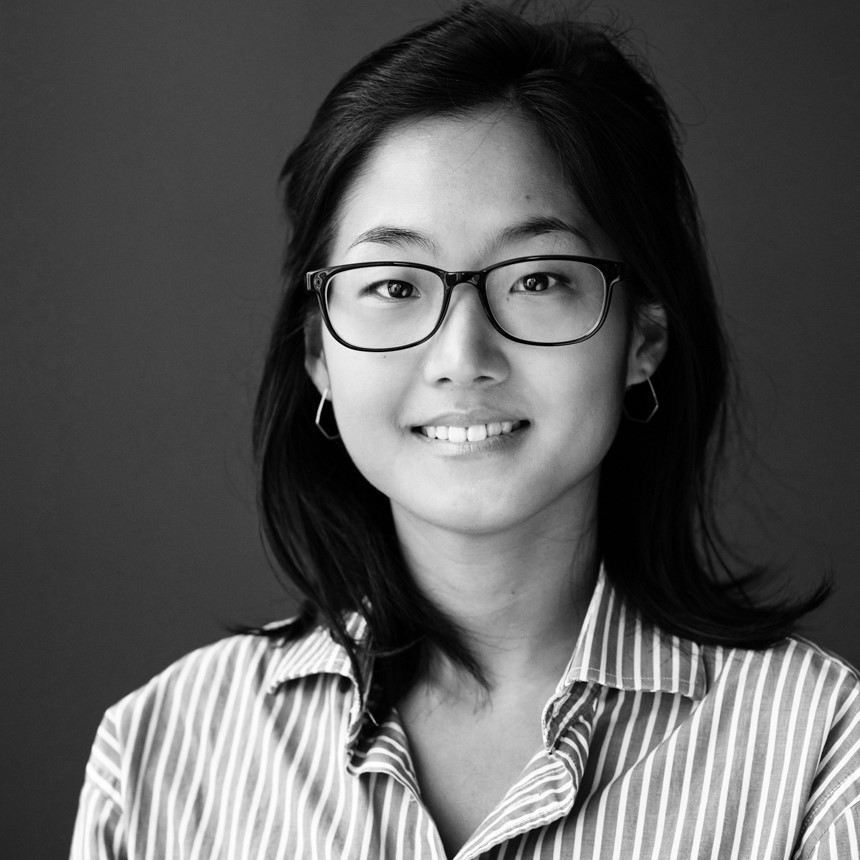 Doyeun Kim has served the United Nations for five years in various communications roles, including most recently for UNICEF, the United Nations Children's Fund, producing stories about global and equitable access to health, education and protection for children. She previously worked in media, and her writing has been published in The Atlantic and The Korea Times, among other platforms. Doyeun has a Master of International Affairs from Columbia University and a Bachelor of Arts in Sociology and Writing Seminars from Johns Hopkins University. 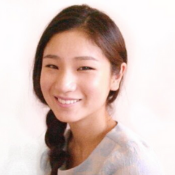 Hailing from the small town of Brattleboro, Vermont, Esther moved to New York City after having attended Northeastern University in Boston for a degree in International Affairs. She currently works at The Estée Lauder Companies on the Travel Retail Worldwide marketing team for the Estée Lauder Brand. Prior to her current role, she garnered experience at The European Union, The United Nations and most recently, at Sullivan & Cromwell. Esther enjoys volunteering as a Team Leader for New York Cares where she leads a children's reading program at a transitional housing center in Brooklyn. In her time off, she is most likely to be found making rosé cupcakes or acting as an unsolicited dog photographer in all five boroughs. 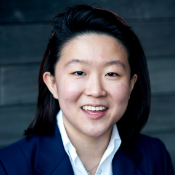 Sharon Kim is a Vice President in Credit Funds at Fortress Investment Group where she focuses on legal asset investments. Prior to joining Fortress, Sharon was an associate at Covington & Burling LLP and Kirkland & Ellis LLP. Sharon received her B.A. in Anthropology and Government from Harvard University and her J.D. from Harvard Law School. Sharon's interests outside of work include politics, poetry, and boxing. 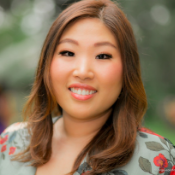 Christina Lee is a Vice President in the Treasury and Trade Solutions division of Citibank. She is currently leading a team in the Global Trade Portfolio Management group. Prior to joining Citibank, Christina earned her BS in Mathematics with a minor in Spanish from Villanova University. Christina has been member of KACF's Community Grants Committee. In her free time, Christina likes to plan activities for her Girl Scouts as their Troop Leader. She also enjoys traveling to exotic destinations and cooking new dishes. 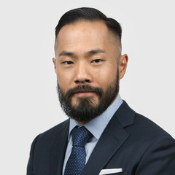 Daniel Lee is a Licensed Real Estate Salesperson at Compass, one of the premier real estate brokerage firms in New York City. Daniel works with a diversified clientele in various markets throughout the city. He is accustomed to performing at the highest level at any given day. He believes that education and communication are key to building trust. Daniel’s passion is to help people; whether it be his clients, family, friends or mentoring his colleagues. Daniel holds a Bachelor’s in Economics from Rutgers University, where he received a golf scholarship and was appointed team captain his senior year. Upon graduating, he competed in professional golf events throughout the country. Following his time as a golfer, Daniel traded equities at various Proprietary firms in Manhattan. Living in the city for a decade, Daniel currently resides in Midtown West with his fiancé and their dog, Buddha. 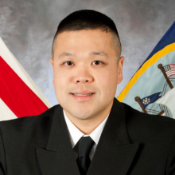 Dong Joo Lee is currently a federal prosecutor. He clerked for Judge Roslynn R. Mauskopf and Judge Dora L. Irizarry, both of the United States District Court for the Eastern District of New York. Dong also served six years in the US Navy. Dong has been recognized as a “Best Under 40 Attorney” by the National Asian Pacific American Bar Association and as a “Hometown Hero” by U.S. Congressman Josh Gottheimer of New Jersey’s 5th District. Dong received his B.A. from Boston College, his M.P.A. from Brooklyn College, and his J.D. from Brooklyn Law School. 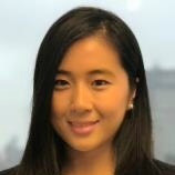 Vivian Lee is an associate with Benefit Street Partners and is based in our New York office. Prior to joining BSP in 2017, Ms. Lee worked as an investment banking analyst in debt capital markets at J.P. Morgan. Prior to the investment bank, Ms. Lee worked as an analyst in the private bank at J.P. Morgan. Ms. Lee received a Bachelor of Business Administration from Villanova University and currently serves on the VU Club of NYC as Vice Chair Networking Committee. 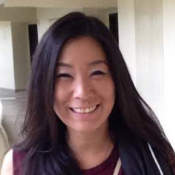 Yoosun is a senior manager at Samsung C&T Corporation, with a focus on business developments and new projects for the fashion sector. She joined them after receiving her B.A in Economics and Computer Science at New York University, and has since established numerous accounts and built relationships in the US and Asia for growth. She resides in midtown Manhattan and enjoys all that NYC has to offer – music, food, art, shopping, nature – all of it! 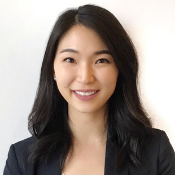 April Song is an Associate Director at GroupM, the world’s largest advertising media company. Her clients span the telecommunications, technology, and luxury fashion industries. Prior to working at media agencies, she was a media analyst at an advertising technology start-up. She is currently a part-time MBA candidate at New York University Stern School of Business, where she is a class leader and the AVP of Student Affairs. She received a B.S. in Marketing from Arizona State University, where she also held leadership positions which brought people together through socials and volunteering events. 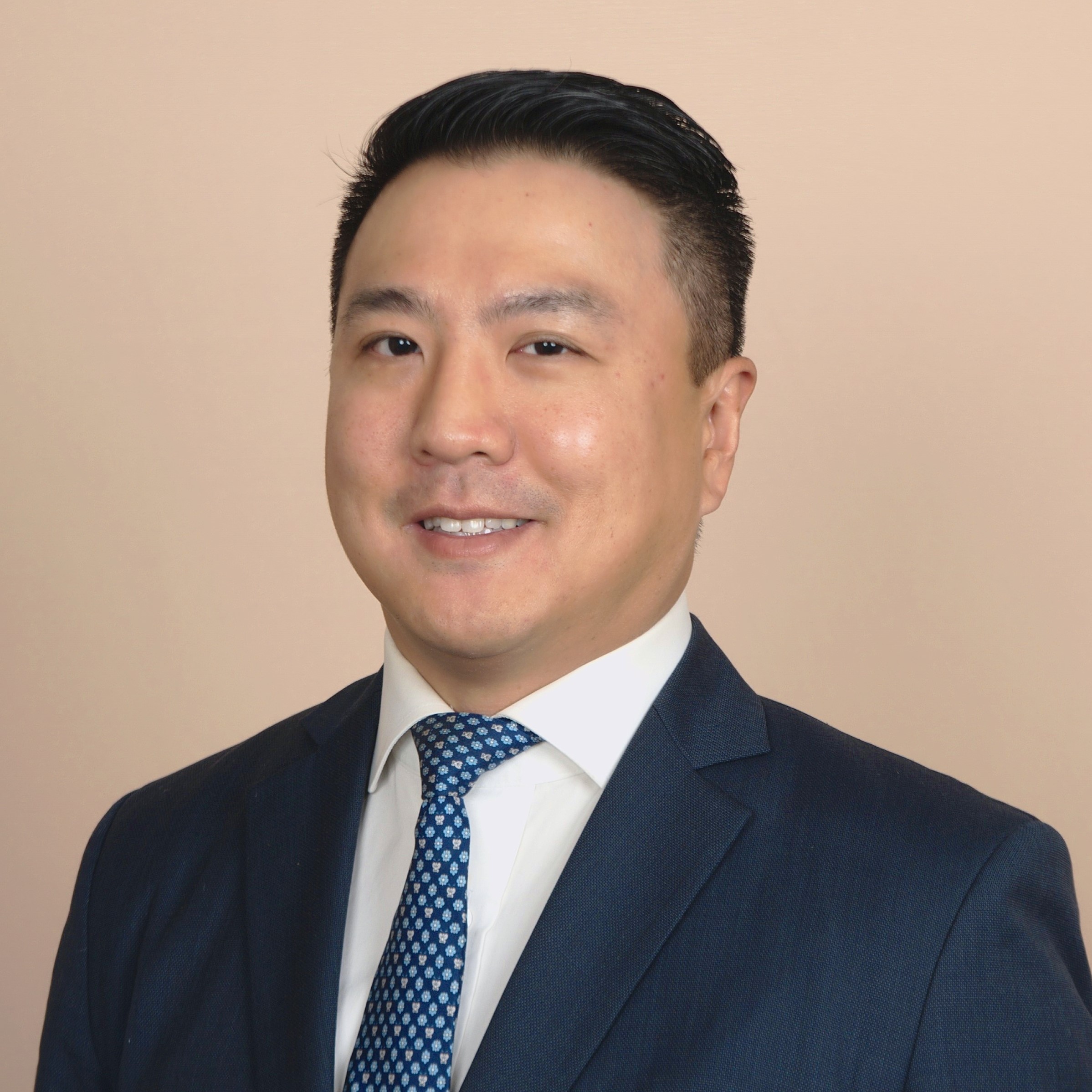 Jiho Song is a Director in AT&T's Strategy and Business Development group supporting AT&T's Mobility and Entertainment businesses. He is responsible for helping define the strategic direction to expand reach and monetization of AT&T’s core video and mobility businesses as well as identifying and evaluating new adjacent industries for AT&T to participate in. He is also responsible for evaluating and executing video and mobility partnerships. Prior to AT&T, Jiho was a Vice President in RBC Capital Markets' media and telecom investment banking group where he executed a number of corporate finance transactions. Jiho received his MBA from New York University's Stern School of Business and his BA in Economics from the University of Chicago. In his spare time, Jiho enjoys golf and is an co-founder/advisor to Canvass Labs, a pre-seed software startup that is developing AI-based software code scanning tools for cyber-security. 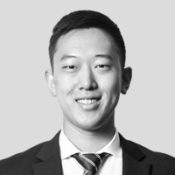 Hyun Yang is currently an Associate at the Blackstone Group, where he focuses on investments across infrastructure sectors including transportation, energy (utilities, midstream and renewables), communications and water & waste in an approach that emphasizes responsible stewardship and community engagement. Prior to joining Blackstone, Hyun was an Analyst in the Investment Banking Division at Goldman Sachs focused on M&A and equity / debt financings for industrial companies. Hyun received his BS in Mathematics and Economics from Massachusetts Institute of Technology. In his free time, Hyun continues his passion for music and enjoys spending time with family and friends.
CONNECT Twitter Facebook Facebook YouTube
©Copyright 2020
Korean American Community Foundation.
All Rights Reserved.
CONTACT
Korean American Community Foundation (KACF)
135 E. 64th St., New York, NY 10065
info@kacfny.org
(646) 878-9427
UA-20856428-1